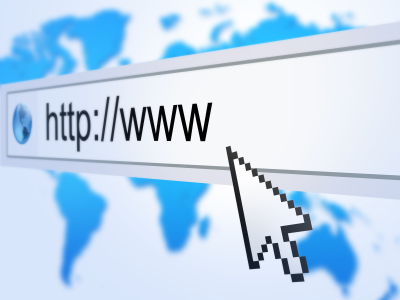 In deciding whether  a disputed domain name  is confusingly similar to a party’s trademark, a recent  World  Intellectual Property Organization (WIPO) domain dispute arbitration decision may  set the stage  for future panels and have  a direct impact on how brand  owners  approach trademark rights  enforcement and defence in litigating domain disputes.

The respondent, a professional domainer, had  registered ‘Project.Me’ during the ‘.me’ landrush, which  pre-dated the complainant’s filing of its German trademark application. The case was decided by  a three-member WIPO arbitration panel, which  ultimately denied transfer  of the domain name, holding that there  was no bad-faith registration.

In analyzing the first prong of the Internet Corporation for Assigned Names and Numbers (ICANN) rules  governing domain disputes – that is, whether  the trademarked name  and the disputed domain name  were identical or confusingly similar – the panel departed from  well-established trademark and Uniform Domain Name Dispute Resolution Policy (UDRP) precedent, and included not only the trademarked name, but also  the ‘.me’ country-code top- level domain (ccTLD) in its analysis.

The panel’s rationale on this  element was based  on the ‘.me’ registrar’s own sales literature, which  encouraged users  to capitalize on the ‘.me’ extension with “catchy” domain names such  as ‘contact.me’, ‘drive.me’ or ‘fly.me’. The WIPO panel stated  that it could not “ignore the commercial reality that,  in the .me  domain name  space, the ccTLDidentifier is likely to be a key  part of a domain name”, and that “in appropriate cases  [a decision may] be based  on a consideration of the domain name  as a whole  – that is, of the domain name including the ‘.me’ suffix”.

What ‘appropriate cases’ means is subject to interpretation. In light  of Project.Me, trademark owners  may  have  a better chance of winning transfer  of a disputed domain name  if similar circumstances exist. For domainers, it would be in their  interests to include the top-level domain (TLD) and ccTLD in trademark clearance searching to determine whether  a domain name  may  be confusingly similar.

But  will  Project.Me just  be lost  inobscurity? The decision certainly represents a significant departure from  established trademark examination  procedure in at least  the United States  and the European Union – namely, that in analyzing a trademark application the TLD  and/or ccTLD are to be ignored because they  are not capable of functioning as a trademark.

That said,  how new the Project.Me panel’s approach on the first prong of the ICANN rules  is can also  be debated. During the early  days  of UDRP proceedings, two decisions touched on similar issues. A single panellist in Digitronics Inventioneering Corporation v @Six.Net Registered (WIPO D2000-0008, February 3 2000) determined that the disputed ‘Six.Net’ domain name was identical to the complainant’s SIXNET trademark and ordered the transfer  of the domain name.

However, only one other panel applied the same  principle after this decision. Vlaamse Media Maatschappij v Barry van der Auwera (WIPO DTV2001-0022, December 3 2001) involved the disputed domain name ‘Jim.Tv’ and was also decided by one panellist.

The complainant applied for the mark JIM-TV in Benelux for a “multi-media project” and requested the transfer  of Jim.Tv’. Although the panellist included the ‘.tv’ ccTLD in his  confusingly similar analysis, his  application of the facts differed, andthere  was no mention of the Project.Me decision. Instead he determined that even though ‘.tv’ is the ccTLD for the country of Tuvalu, “it is primarily marketed to and used by companies which  aim  at the television watching public, and the relevant public in the Benelux will  most  likely read the suffix as the abbreviation of the word ‘television’ and consider the domain name  to refer to a broadcasting station  or tv programme”.

Now  that the Project.Me decision has Resurrected a somewhat obscure reading of the first prong of the ICANN rules  – one that had  not been considered for over  eight  years – the question is whether  trademark holders will  try to convince panelists to carry forward  the rationale of Project.Me when proving that disputed domain names are confusingly similar to their  trademarks because the domain name  plus the TLD  or ccTLD forms  the complainant’s trademark. Or is Project.Me instead an anomaly, since no other  panels have  followed this  decision since  the November 2009 holding?  For now, the answer  is ‘no’, but there could be instances where  a mark  holder might rely  on Project.Me on the first prong. A simple example would be MTV  v M.TV. Bear in mind that unlike Six.Net and Jim.Tv, in which  the trademarks were deemed distinctive, Project.Me involved a Descriptive and/or generic mark  that pre- dated  the complainant’s  trademark application, so transfer  of the disputed domain name  was denied.

Therefore, trademark holders should be careful when  and how to rely  on Project.Me. And in an abundance of caution, domainers should similarly steer clear  of registering a domain name  where  the combination of the domain name  and the TLD  or ccTLD forms  a distinctive trademark held  by  a third  party that holds rights  in a trademark that pre- date the domain registration.