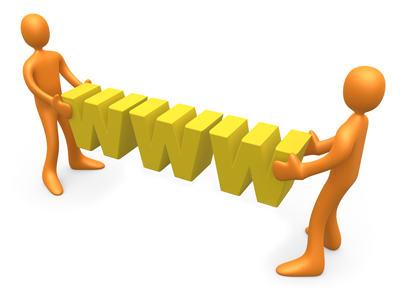 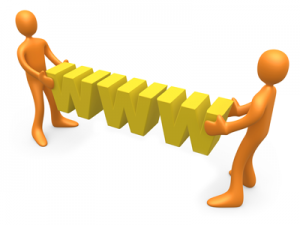 You’ve undoubtedly heard of TheCoveted.com, a darling new website that gives us a peek inside the homes and wardrobes of fashion industry favorites. You’ve also probably heard about the little war raging between this new site and Jeanine Jacob, founder of Independent Fashion Bloggers, as well as her very own blog, The-Coveted.com. Both sites, thus, are called The Coveted, and Internet commenters have had a field day trashing the “new” Coveted and defending the “old” Coveted.

And rightly so. While it’s true that the sites are very different in style and audience, there’s just no way The Coveted founders Erin Kleinberg and Stephanie Mark didn’t know The-Coveted existed before they launched their site. Sure, they might not be subscribing to Jacob’s site on their RSS feeds, but for someone to launch a website/blog and not even Google the name to make sure nothing else was named similarly seems pretty absurd.

But that’s exactly what Kleinberg and Mark are claiming. In fact, in a letter to Jeanine Jacob’s lawyer responding to a request that TheCoveted.com cease using that domain (you can read it here), the duo’s lawyer says that they were “unaware of your clients’ website” and that if Jacob doesn’t leave them alone, they’re going to sue her.

This all seems a bit insane to us, but we decided to consult a couple of lawyers to make sure we weren’t missing an inextricable point. The conclusion: While in bad form, TheCoveted.com probably didn’t do anything illegal by using that domain. However, Jacob does have a case–even if it’s a weak one.

Karen J. Bernstein, a New York-based lawyer specializing in domain law, says that, “Generally, United States trademark law looks at who uses a mark first, not who files the trademark first in the United States Patent and Trademark Office. Therefore, depending upon who used THE COVETED first and if the competing uses are the same or similar, then perhaps the-coveted.com might have a case.”

Here’s what Eric Goldman, Associate Professor at the Santa Clara University School of Law and a tech law expert, had to say:

Goldman is also curious as to why Jacob didn’t buy TheCoveted.com in the first place. We’re assuming it was owned by someone else at the time Jacob launched her blog, and that she didn’t want to pay for it. We’ll also assume that the domain was already registered when TheCoveted decided to buy it, and that they paid a decent sum for it.

As for Kleinberg and Mark’s case against Jacob, Goldman says it’s laughable. “It’s pretty unusual for an alleged trademark defendant to say that it will negotiate with the other party only if they cease ‘engaging in making further commentary regarding this matter.’ Good luck with that! It’s especially odd request to make to a blogger.”

But all in all, it’s unlikely anything is going to happen. “As a practical matter, once the parties get past their posturing and chest-beating, it’s highly likely this case will resolve out-of-court,” says Goldman.

We’re just disappointed that any of this had to occur. TheCoveted.com is a great site, and we wish they would’ve just done a bit more homework., because now their super-successful launch is tainted.